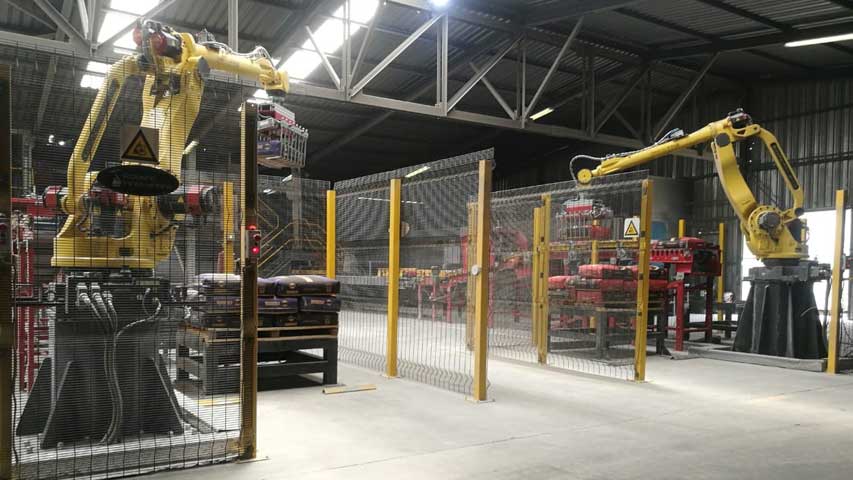 For over a year, the robot was carefully monitored and regularly checked. It became apparent that the reducers (gearboxes) had exceeded their life expectancy, due to the extreme nature of the work the robot had been performing.

Knowing that these reducers would need to be replaced, Robotic Innovations and Kwikbuild had the foresight to order a set of reducers from Fanuc SA for Kwikbuild, for when the time came. That day arrived on 11 July 2019, when the robot’s packing speed had to be slowed down to keep it in production.

Robot Innovations was on site with all the spare parts on Friday morning, 12 July 2019. The robot was completely dissembled to replace axis 2, 3, 4 &5 on the robot, and the repair took under 9 hours from start to finish.

Robotic Innovations were extremely proud to have our client up and running and back in production on the same day, with only one shift lost due to the downtime. This major repair can take up to 2-3 days.

After running a few shifts, Robotic Innovations sent out technicians for a follow-up. The robot was depressurized, and additional touch-ups were made.

Speaking to Wiehahn, Production Manager at Kwikbuild Silverton, he commented that he was very happy to be able to rely on Robotic Innovations for such a speedy response to the breakdown.

For next-level service… Try us!